Introducing Selfie Pay: an unusual use for self-portraits 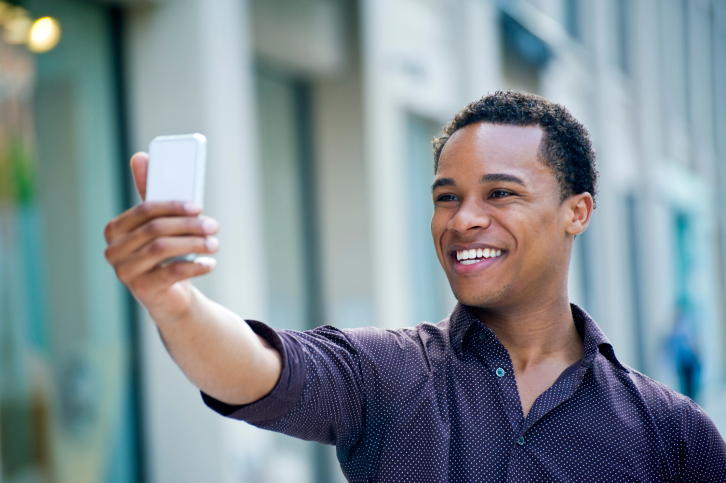 Introducing Selfie Pay: an unusual use for self-portraits

It started as a niche interest of tech-loving teens but soon grew into a social phenomenon. By the end of 2013, the Oxford Dictionaries named selfie ‘word of the year’, which wasn't surprising given over a million selfies are taken every day. Now, the selfie has grown up and is getting a job in finance. Here’s the breakdown on how your next self-portrait could lead to a legitimate money transfer.

What is Selfie Pay?

‘Selfie Pay’ is a new pilot scheme being run by the US-based First Tech Federal Credit Union (FCU), in partnership with payment giant MasterCard. The aim is to trial a system that allows customers to prove their identity with facial recognition software, eliminating the need for signatures or pin numbers.

How does it work?

Once users have downloaded the app onto their smartphones, they simply have to look at their phone screen and blink once. This prevents identity theft by stopping people from using a photo of another person’s face to pay. The app will then convert the selfie to a code and send it to MasterCard.

Can it be trusted?

As we’ve previously discussed, facial recognition technology has advanced rapidly in recent years. Older, less reliable methods have been replaced by scans that use data points – like the distance between the eyes, the width of our noses, and the shape of cheekbones – to create a ‘faceprint’. Facebook’s ‘DeepFace’ software has now achieved a 97.25% accuracy rate, which isn't bad considering our brains usually manage 97.53%. The potential flaw, however, comes in the transmission of data, which could open users up to breaches.

When will it start?

Throughout September and October this year, a select group of FCU employees will be testing the technology by making virtual payments to Children’s Miracle Network Hospitals. While there’s no news yet on when the app will go live, Ajay Bhalla, President of Enterprise Safety and Security at MasterCard, believes the ‘selfie generation’ would come to embrace it.

Will it catch on?

Although the FCU trial is yet to fully launch, the era of biometric technology in commerce has begun. Apple Pay, which uses fingerprint scans to approve payments, is already operating in the US and is steadily rolling out across the UK. Over in China, Alipay (the Chinese equivalent of Paypal) is developing ‘Smile to Pay’ technology, similar to that of MasterCard’s.

MasterCard has also revealed trials into voice recognition payments and a system that verifies your identity through measuring your heartbeat. In any case, we’ll be the first to let you know when you can make your next international money transfer with a selfie. Stay up to date with the latest developments in payment technology with our regular blogs.