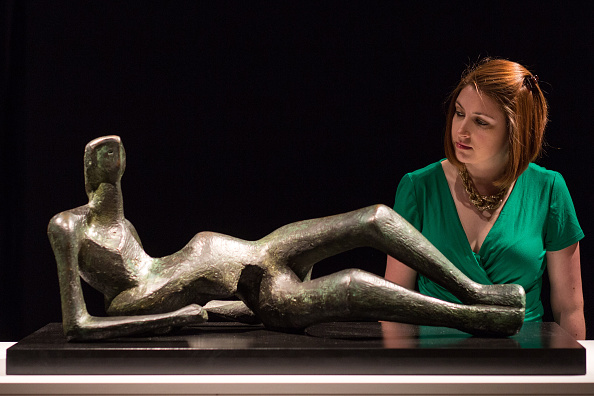 With financial uncertainty on the rise, there’s one thing investors seem more interested in than ever: art.

A few weeks after bankers and economists raised concerns over the economic slowdown in China, auction house Christie’s announced it would hold a massive round of art sales in New York later this year. A $100m Modigliani painting is set to be the main event.

Standing in stark contrast to the instability everywhere else, the art world looks as buoyant as ever. That's led some observers to argue that art, not the Chinese renminbi, is becoming the world’s newest reserve currency.

What is a reserve currency?

When you want to do business in a world with 196 different countries and almost as many different currencies, it helps to have something in common. So throughout history, the global economy has tended to settle on a few major currencies that everyone uses for the most important transactions. At the moment, those are US dollars, British pounds, Japanese yen and euros.

A reserve currency has to be (relatively) safe and reliable. Today, you can change your money into dollars with minimal risk of it suddenly dropping in value through political or economic instability. That's why gold, oil and other valuable resources are priced and traded in dollars.

The world’s richest people are looking for ways to keep their money secure, and ensure it holds its value. That's the attraction of art. Countries can rise and fall, economies can prosper then go bust, but someone somewhere will always pay an enormous amount of money for the Mona Lisa.

It’s not just about economics, though. Buying art is a signifier of social status and prestige – it's a natural fit for wealthy individuals searching for alternative financial safeguards. Put the two together, and you’ve got a heady combination few can resist.

Some fear the art boom is actually a bubble, and liable to burst. Not so, says expert bond trader Jeffrey Gundlach. He argues that the art market will be sustainable “as long as the world continues to mint new billionaires in Russia and China who can’t get their money out of there fast enough”.

However, not all of us can rely on priceless portraits to protect our funds. If you're looking to investigate new ways of making sure your currency doesn't lose its value, read our regular blogs on all things international money transfer.