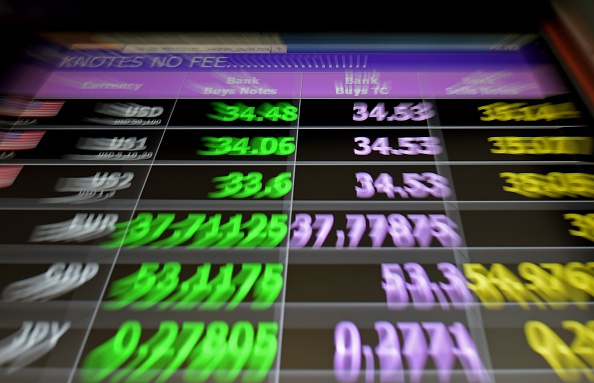 The most recent global ‘currency war’ appears to have ended. The beginning of 2015 saw numerous countries lowering their currencies, including China, Japan and the Eurozone. Some, however, believe this apparent ceasefire is just the calm before another storm.

Devaluing a currency can cause trade imbalances – nations at the losing end may choose to retaliate and also lower their currencies. The result can be a race to the bottom or a ‘currency war’, as countries scramble to competitively devalue their currencies.

There are also major repercussions to driving down the value of a currency, not least that the cost of living goes up. Another is the seesaw effect – as one currency drops, others rise, resulting in volatile exchange rates.

The end of war?

A currency strategy team from HSBC have announced the war’s end. Following a slide in the US dollar at the beginning of this year, HSBC believe that the BOJ and ECB have run out of further devaluation options.

This position is supported by ECB president Mario Draghi seemingly making the last of this cycle's cuts (taking the deposit rate to -0.4%). He also denied the prospect of driving interest rates deeper into negative territory.

Some industry insiders believe that, despite the current lull, tensions may continue. Alan Ruskin, a strategist at Deutsche Bank, believes that the BOJ and ECB have surrendered, but conflict between the Federal Reserve and the People's Bank of China (PBC) may continue. While the PBC could follow the ECB's lead, some hedge funds estimate a devaluation of the renminbi by 20% in 2016. China caused market confusion at the end of last year with a sudden devaluation, so it's a situation that bears watching.

The rise of the Australian dollar is also causing some concern; the Reserve Bank of Australia may have to cut interest rates and drive the currency down, which could reignite the conflict.

The ceasefire looks secure for the next few months, but war could break out again. If you’re looking to make an international money transfer, we recommend future-proofing your transactions to protect against currency fluctuations – just get in touch with one of our trusted brokers. In the meantime, keep informed about the situation by reading our blog.