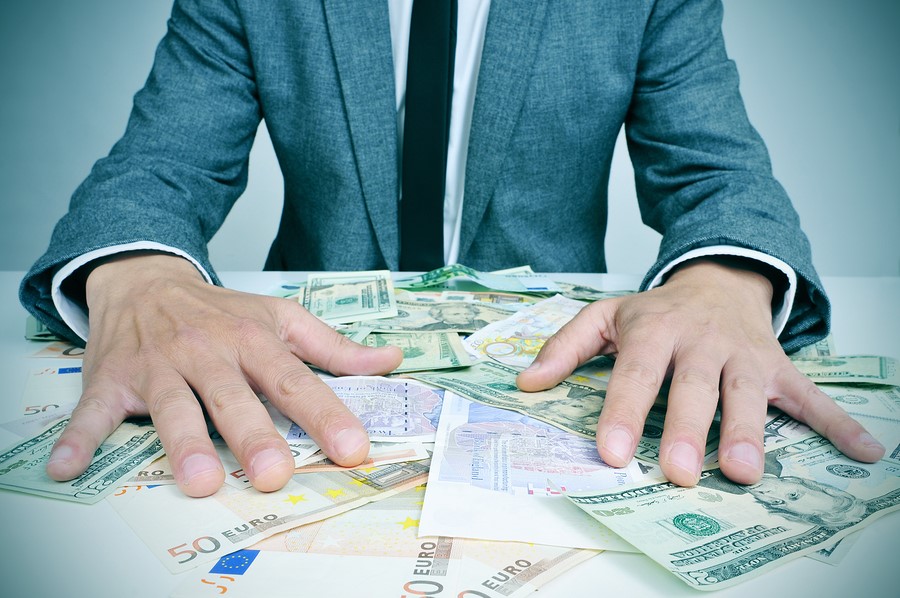 Last week, at a conference in Andorra, Transferwise achieved an unlikely coup, or, to put it another way, Santander, who ran the conference on behalf of senior executives of the firm, scored an embarrassing own goal.

Guardian Money’s Patrick Collinson reports that a leaked internal memo circulated at the conference, intended for Santander staff’s eyes only, revealed that the firm made €585m from money transfers in 2016 –nearly a tenth of its company-wide global profits of €6.2bn.

But the real shock came in the shape of a diagram on a presentation slide that revealed how seriously Santander are taking the challenge presented by Fintech disruptors in the money transfer space.

The slide name-checks Transferwise, the money transfer agency co-founded by an Estonian living in London, Taavet Hinrickus, in 2010, after he had grown fed up by the charges levied by banks whenever he wanted to send money back home.

The slide compared the prices of transferring £10,000 from Spain to the UK using either Santander or Transferwise, and revealed that whilst Transferwise charges just €64, Santander charges 6 times more; €394.

The reason that Santander is so much more expensive than Transferwise, aside from the fact that until the rise of money transfer Fintech startups' high street banks had a virtual monopoly on the overseas money transfer market, is largely due to “FX Margin”; that is, the difference between exchange rates available on the money markets, versus the rates offered to individual customers.

Santander are clearly concerned about the impact of startups like Transferwise on the firms share of the lucrative money transfer market – a warning on the slide explains that “10% of the Group’s profit is at risk when international transfers repricing takes place.”

“New entrants can attack the profitable slices without offering all services”, the slide continues, showing how Santander’s revenues from overseas money transfer could collapse by 84%; from €585m euros, to just €95m.

Santander makes €290m euros from FX margins, €163m from standard charges, and another €132m thanks to an additional revenue stream known as “correspondent banking” – essentially the banks’ international transfer business means it can hold less capital.

Santander told the Guardian that the document was “for illustrative purposes only”, and that less than 10% of its international transfers are generated in the UK, but did not dispute the document’s contents, arguing instead that the costs incurred running an international money transfer business significantly reduced its overall profit.

“It’s a massive consumer rip-off, but the document doesn’t surprise me”, said Hinrikus; “what does surprise me is how long they’ve been able to get away with it. Three quarters of consumers who regularly send money abroad can’t work out the final cost when fees are factored into the exchange rate. Consumers and businesses are losing £5.6bn a year in the UK because of rate mark-ups.”

Unlike the high street banks, Transferwise is a peer-to-peer network that matches people in different countries who are looking to transfer money into the other’s currency – which means its charges are significantly less onerous. Unlike the brokers and banks, money moved through Transferwise’s platforms is not protected by the Financial Services Compensation Scheme.

Compare the latest rates offered by Transferwise and a host of other FCA regulated brokers and money transfer agencies using The Money Cloud. For whitelabelling solutions and partnering opportunities click here.