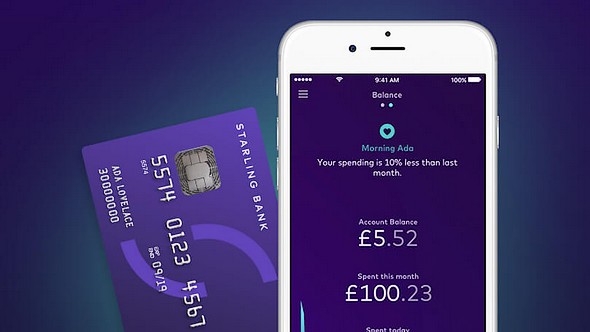 Starling bank are arguably the UK’s most advanced Fintech “Challenger Bank” – that is, a new kind of bank offering users a different kind of banking proposition; simple, transparent, and without the hidden legacy fees and charges that make high street banks so unappealing to the modern, mobile savvy millennial.

Starling have raised more than $70m in funding since the company was first founded by an ex-banker, Anne Boden, who says that building a new bank from scratch was “the only way for real change to happen.” The firm were awarded their full banking license in July 2016, and are also the first challenger bank to sign up for the Faster Payment Service.

Starling’s desire not to rest on its laurels and to keep innovating is admirable. This month the digital bank took over Google Campus in East London for the weekend to host a hackathon, in which the company gave developers access to its new Developer Portal for the first time.

Teams were invited to experiment with the company’s open API’s for the first time, and, provided they are given permission by the user, access the company’s data and build on top of the platform to create new products and services; anything from chatbots, to real time analytics, to IoT style apps and devices.

By all accounts the hackathon was a great success – you can see the video here.

Now Starling has announced that it is teaming up with Moneybox, an app that helps its customers save and invest their money, through Moneybox’s round up feature.

The partnership, which will formally launch at the end of April, will allow Starling customers to link their accounts to Moneybox, which will then be able to round up customers purchases to the nearest pound, and invest the spare change.

It may sound straightforward, but it is only thanks to Starling’s API’s that such a service is possible. The API integration will allow Moneybox to be able request authorisation from Starling, and, when the user has tapped agree, for example, show purchases made by users in real time.

Megan Caywood, Starling’s Chief Platform Officer, commented on the launch of the partnership:

“We believe that customers own their data and should be able to use it to better their relationship with their money. We’re really excited about this partnership and believe it will be transformational for Starling’s customers. People today want to not only manage their everyday money on their phone but their savings and investments too. Working with Moneybox makes this a possibility.”

Moneybox co-founder Charlie Mortimer commented; “As the first challenger bank to offer an open API, we’re very excited to work with Starling to offer real-time round ups for the first time.”

“We’ve found the round ups concept to be a popular way of helping people get started and breaking the inertia surrounding saving and investment. By making it even easier for customers to save money as they spend, we hope our partnership with Starling will be the first of many.”

It’s one small step (and a small saving) for most users, but this could be a giant leap for Fintech challengers.