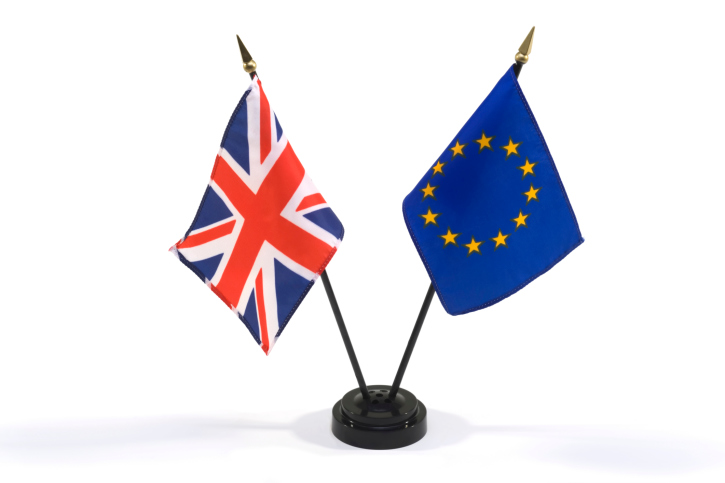 The UK’s EU referendum race is on, and Britain is buzzing with discussions and predictions. A business leader dubbed the vote on 23 June ‘the biggest choice’ in a generation. Speculation’s not just confined to Britain, however. The Italian and German finance ministers recently gave strongly worded warnings about the economic and political impacts of Britain’s proposed departure from the EU.

For those involved in international money transfer – in the UK, in Europe, and across the world – it’s important to know what effects this could have on currency rates, and how to prepare if the UK votes to leave in June.

Top economists are fairly united in their belief that Brexit would be bad for the UK economy. A poll of 100 economists by the Financial Times found that three quarters see an exit damaging the country’s medium-term growth. Last year, think-tank Open Europe gave some more detailed figures – it posited that the UK’s GDP could fall by as much as 2.2% by 2030, with investors shying away from economic instability and the loss of the single market.

A smaller UK economy, and less foreign investment, would have a direct impact on the pound. Even just discussing such a scenario has seen the currency lose value. At the end of February, sterling hit a seven-year low, as currency markets sold their pounds, seeing them as a riskier investment if foreign investment dries up and makes it more difficult for the UK to maintain its high debt levels.

Moreover, with reduced influence in Europe, the Bank of England might need to cut its interest rates and increase the money supply by buying bonds, both of which make currencies cheaper.

The other side of the argument

Not everyone thinks the pound is sure to suffer. Last month, Barclays suggested that if Brexit occurred, the sterling’s value would depend largely on EU politics. Instability caused by the UK’s departure and the potential domino effect of other countries pulling out – combined with Europe’s immigration, employment and economic troubles – could make sterling a safe haven compared to the euro, pushing up the pound’s worth.

Euro loses but the dollar wins

Barclays’ position shows how Brexit might affect other currencies. While the euro could be at risk if the EU lost its second-largest economy, the US dollar has been benefitting from recent Brexit talk, gaining strongly against both the pound and the euro.

It’s important to remember, however, that currencies respond to multiple forces. Recently, sterling has actually rebounded against the dollar. This could be correlated with market recognition that Brexit fears are overblown, along with the recent release of disappointing US employment data.

The referendum’s result is currently too close to call – opinion polls suggest ‘in’ and ‘out’ are pretty evenly split – and predictions concerning its effects are difficult to make given the numerous factors at play.

As June approaches, it’s wise for anyone sending money overseas to take control of their trades and plan ahead. Consider using forward and currency exchange contracts, for example, to protect against fluctuating rates. Also keep reading The Money Cloud's blog to keep up-to-date about further market changes.