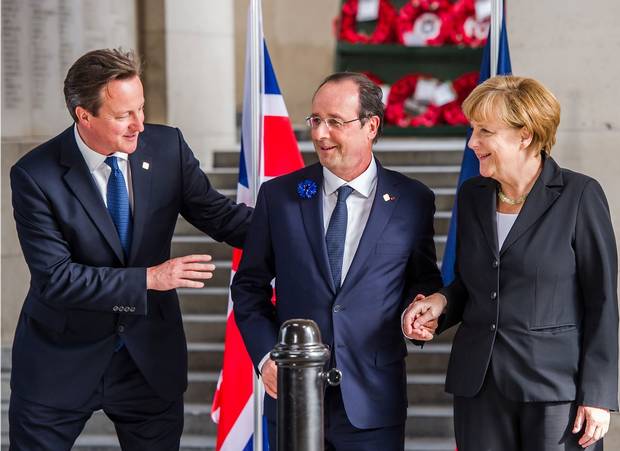 The Referendum will be held on 23rd June, and registered voters across the United Kingdom are being urged to have their say on whether the UK should remain a member of the European Union or leave. While many are keen to know how leaving the EU will affect them, much of the information available looks almost exclusively at the potential effects to Great Britain, with little focusing on the ways Northern Ireland could be affected. Could a so-called ‘Brexit’ really be a nightmare for Northern Ireland businesses and the local economy, or could these changes actually be positive? As with most things, there are definitely two sides to this story, so let’s take a look at what the experts are saying on the matter:

One of the main issues that’s been highlighted as a potential nightmare for Northern Ireland is the likelihood of increased border controls between NI and the ROI. Some are saying that these tighter restrictions could potentially undo some of the gains of the peace process, but there are very differing opinions on this that are worth taking into account when considering whether or not Brexit would benefit the nation. On the one hand, ‘the EU was - and is - a hugely important factor in the continuing success of the peace process in Northern Ireland’, according to a recent letter penned by Irish business leaders keen to remain in the EU.

Another popular opinion, however, is that things have already progressed to a point where an intermediary (in this case the EU) is no longer a necessity for continued peace. Northern Ireland Secretary Theresa Villiers comments that it is ‘highly irresponsible to suggest that people in Northern Ireland will abandon their commitment to peaceful and democratic politics because of this referendum’. We can clearly see there are very differing opinions when it comes to NI economics, as well as politics.

As we’ve seen with the cultural aspect of a possible Brexit, there are also two sides of the economic coin. Let’s start with the potential worries that some people are claiming will end up being a ‘nightmare’ for Northern Ireland. It is, perhaps, no secret that Northern Ireland doesn’t have the strongest domestic economy, and instead relies heavily upon trade. Tighter restrictions and customs regulations on the NI/ROI border could of course significantly affect trade. After all, the Republic is widely considered to be Northern Ireland’s most prominent trade partner, accounting for around 50 percent of all NI trading within the EU.

So what’s on the other side of the coin? Independence. Freedom. Firstly, Brexit could potentially create an opportunity for Northern Ireland and the ROI to show they’re ‘grown ups’; that they’re capable of ‘enhanced economic cooperation’, as Labour’s Alan Johnson puts it, without needing the EU playing middle man. Secondly, EU membership doesn’t come cheap. In fact, last year the UK paid £13 billion into the EU account, despite receiving just £4.5 billion funding in return, meaning the country’s membership ‘fee’ for the year amounted to a whopping £8.5 billion in total.

‘With the money we would save from leaving, we could afford to find the programmes the EU has supported in Northern Ireland and have money left over for other important priorities like the NHS’ says Theresa Villiers. Brexit could be viewed as a chance for Northern Ireland to stand on its own two feet and more fully support its own economy. Has Northern Ireland been too reliant on international support that it doesn’t really require? Villiers thinks so, and thinks this is a good time to gain more independence.

A Lot of Fuss for Nothing?

Brexit is the great unknown, so it’s understandable that we need to be looking at the potential consequences from all sides. That includes discussions regarding how leaving the EU could negatively affect the people and the economy, especially financially. However, are we making a lot of fuss over nothing? Many people would claim we are. While there is of course uncertainty surrounding the economic future of Northern Ireland should we leave the EU, it is, perhaps, nothing that can’t be handled.

Consider the cost implications of trading through tighter borders between non-EU countries and EU members such as the ROI. There have already been discussions regarding how implementation of the Liberal Customs Union could succeed in ensuring essential cross-border trade remains tariff-free, which should enable the economy to continue to thrive. Similarly, Northern Ireland businesses should not experience cost increases associated with with foreign exchange should we leave the EU. If bank fees in relation to international money transfers do rise, services such as The Money Cloud can quickly and easily compare alternative ways to handle international transactions, keeping things cost effective.