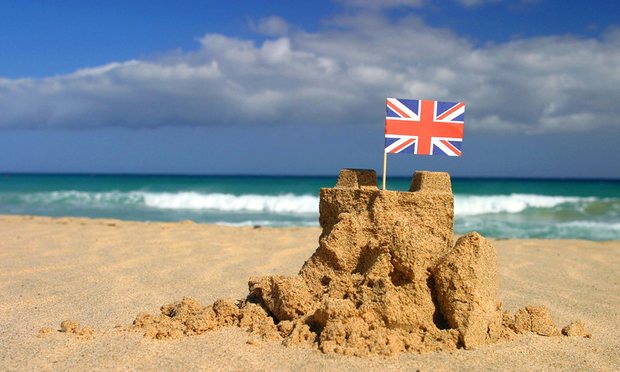 Although we don’t quite know how the UK economy will change as a result of Brexit, what we do know is that many of the news sources are focusing almost exclusively on how those living in the country will be affected. But how about those living abroad? British expats, EU residents, and even those living elsewhere in the world are beginning to ask how they might be affected by the result of the referendum, and want to ensure that they’re doing everything they can to protect themselves, and their money, at this time.

Business as Usual for UK Expats

If you’ve waved goodbye to drizzly England and taken up residence on sunnier shores, don’t panic. You’re certainly not alone - an estimated 1.3 million Brits live on the continent thanks to the free movement laws within the EU - and despite what some scaremongers are saying, it’s very unlikely that you’ll become an illegal immigrant overnight. While we can’t predict the future, it is suggested that the UK will enter into some sort of agreement with the EU. Think about Norway, for example. Although they are not a part of the EU, British citizens are still able to live and work in Norway without the need for a visa.

Perhaps the biggest concern for Brits living abroad is money transfers. If you’re receiving a UK salary or UK pension, unfavourable currency exchange rates can have an impact upon day-to-day life. But depreciation is nothing new. In fact, the pound was actually lower against the euro in December 2008 than it is following the referendum. People overcame this by using dedicated FX services such as The Money Cloud who can provide big savings on international money transfers; it’s no different this time around.

If you live in another EU state and have been thinking about coming to live and work in Britain, experts are saying that you will still be able to do so. ‘It will still be possible to employ personnel from EU member states’, says Omer Simjee of Irwin Mitchell Solicitors. There may be a little extra work to be done, and a few more ‘administrative costs’, according to Simjee, but it is expected that emigration from EU states to the UK for work purposes will not be significantly affected by the result of the referendum.

A Boost for the Developing World

Many countries around the world have voiced concern that Brexit will not only affect the European region, but elsewhere, too. However, it is possible that the situation will be beneficial to many of these countries, particularly those in the developing world. If the majority of UK trade is shifted from the EU, it is likely that the Commonwealth nations will be a major focus. Countries such as India, Kenya, and Pakistan could benefit significantly. Fortunately, services such as The Money Cloud make it easy to send money abroad, and receive money from abroad, providing the best currency exchange rates for trade.