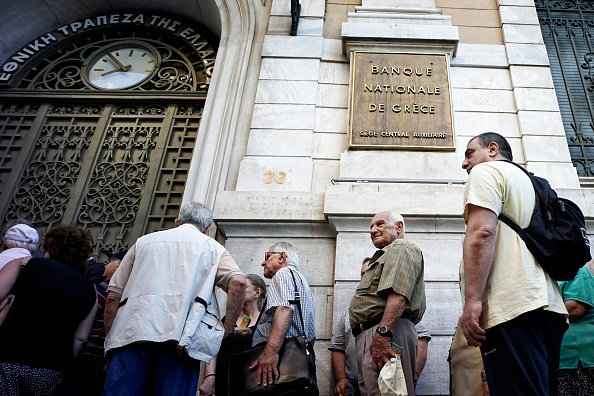 Free trade allows the flow of money from places that have it to places that need it – places of opportunity. That’s the theory. However, in 2010 the IMF, historically free trade’s staunchest defender, conceded that government intervention in markets and trade through capital controls could be justified. That debate has come to the fore again in 2015, as Greece has used them to stop its economy from spiralling out of control. We look at what capital controls are, when they’re used, and how they impact international money matters.

What are capital controls?

Capital controls are steps taken by governments or regulatory bodies (like central banks) that cap the movement of foreign money in and out the economy.

These could include taxes, transfer limits and even laws, and can be applied to any number of asset types, including currency, shares and bonds.

When are they used?

The succession of market crashes from the Asian financial crisis of the '90s to the Greek crisis today has changed attitudes. There’s now a renewed belief that governments need to stop too much money flooding the economy during boom years and flowing out of the economy during a crisis.

For example, when Brazil’s 2009 exit from recession was followed by a rush of investors, the government started taxing purchases of shares and bonds from abroad to avoid a bubble.

Greece also recently imposed capital controls to avoid money flowing out of the country while it waited for further bailout payments. They included a €60 bank withdrawal limit and a ban on currency export.

Many economists now believe that they have a time and a place, but results are mixed and contested.

One consequence that's clear is how capital controls reverberate around the wider international money market:

Perhaps the biggest impact for the ordinary consumer is on international money transfer. Capital controls affect where you can send your money, as well as how much you'll get for it. Working with a trusted broker who can advise you on any changes you should know about it is an important first step towards limiting that impact. To find the right one for you, use our transparent comparison tool today.