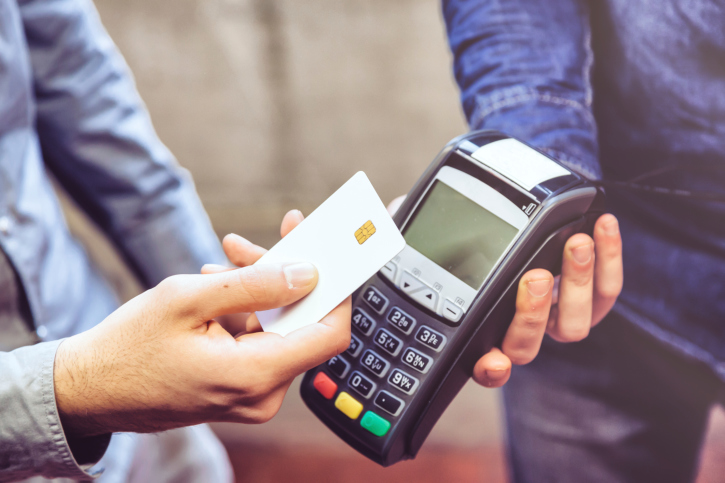 2014 was a landmark year for the cashless revolution in the UK. For the first time, cashless payments overtook those made using 'real' money, signalling a pretty significant change in the national mentality. The UK's not the only one saying goodbye to coins and notes, either. Countries like Singapore, the Netherlands and France are leading the way here, making around 60% of their payments without physical currency.

The cause: new technology, of course

There's one major tech development fuelling the sudden surge in non-cash payments. That's something called near field communication (NFC), which is what makes contactless cards work. It's also behind innovations like Apple Pay, which adds a layer of 'tokenization' to encrypt your data.

The popularity of contactless isn't limited to the UK – across Europe, users are choosing to tap their cards and devices rather than their PIN numbers. In the final three months of 2014, year-on-year spending via this method was up by 174%.

The future: skipping straight to cashless

Developing markets are a great example of where cashless payment methods have real potential to take hold. That's because they tend to lack traditional banking infrastructures and stand to gain the most from cost-saving, secure technologies. That means they could leap straight from cash-bound to cashless.

In 2013, for example, $24bn was transferred through mobiles in Kenya alone. That’s over half the country’s GDP. The success of mobile wallets, like M-Pesa, in nations from India to Egypt, shows that the popularity of cashless isn't confined to the West. It's a global phenomenon.

The worldwide rise of cryptocurrency might provide the most accurate glimpse into the financial future. Between 2013 and 2014, the number of bitcoin users soared by 700%. That trend shows no signs of slowing, with Germany, the US and Australia all recognising bitcoin as 'real' money. Tech giant IBM is also reportedly developing a way of digitising currencies, pushing us ever closer to cutting our ties with cash.

So what's holding us back? According to commentators, immediacy, anonymity and convenience keep us using physical money. Liz Oakes, a KPMG payment expert, argues that for those reasons “it’s difficult to imagine a world without any cash at all”. However, it's clear the key ingredients for overcoming those factors are already in place. Now it's just a waiting game.

When it comes to international money transfer, the future's already in sight. After all, the record for the fastest overseas transfer is 6 minutes and 49 seconds – and it wasn’t sent by airmail. To find out how financial innovations can help you get more for your money when sending money overseas, keep up to date with our regular blogs.