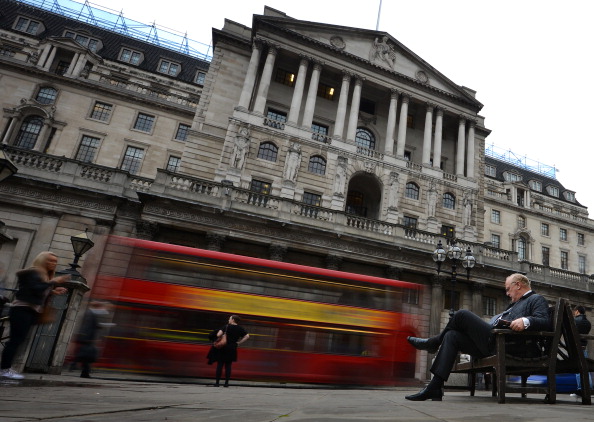 When first launched in 2009, cryptocurrencies were proclaimed the next big thing. However, while a number of drawbacks have so far impeded any meteoric rise, central banks are now showing real interest in these digital currencies. Recent reports suggest that the Bank of England is considering launching its own cryptocurrency, known as RSCoin. The Money Cloud investigates these developments and how they may affect international money transfer.

The rise of cryptocurrencies

Bitcoin and other cryptocurrencies are seemingly becoming more mainstream. In recent years, large corporations like Microsoft, Expedia and Dell have started accepting bitcoin (albeit through bitcoin processing partners) and some countries – including Australia and the US – have ruled it a legal currency.

However, cryptocurrencies have experienced setbacks. Some countries ban bitcoin, either completely or for certain transactions. Reasons for this prohibition range from bitcoin contravening existing laws to fears about the lack of surrounding protocol.

Concerns over certain features of bitcoin – including user anonymity and regulatory difficulties – were underscored by the success of Silk Road, the illegal drugs and weapons marketplace powered by bitcoin. The fluctuating value of bitcoin and issues around its scalability (due to the finite number of bitcoins) are also perceived problems.

The key element of bitcoin that is drawing the attention of central banks is the ‘distributed ledger’ system (or ‘blockchain’ technology, as it’s also known). A distributed ledger is a database for assets – these assets can be electronic, legal, financial or physical. The database can be shared and accessed across a network of multiple computers and security is maintained via cryptography.

Ben Broadbent, one of the Deputy Governors of the Bank of England (BoE), used a recent speech to emphasise how distributed ledgers could offer a “cheaper and more secure” alternative to the electronic storage and transactions currently undertaken by banks.

The RSCoin aims to take the security and cost-effective nature of bitcoin while suppressing some of its other, less desirable, elements. For example, it wouldn’t challenge or replace established fiat currencies – it would be a digital form of existing currencies. It would also be centrally controlled – the ledger would only be accessed by the bank – reducing regulatory issues. Additionally, Dr George Danezis – who’s working with the BoE on the RSCoin design – says that the technology would allow banks the freedom to “turn the money tap on and off with calibrated precision” and “react very quickly in an emergency”, such as the 2008 financial crisis.

For the moment, it looks like distributed ledgers will be used only for transactions between financial organisations. Then again, there is room for the technology to expand. Fintech startup R3CEV has been working with nine major banks to examine ways the technology and its principles could be used in everyday business.

The RSCoin wouldn’t enable chargeless international transactions – its value would be determined by the state and exchange rates would apply when transferring money abroad. To ensure that you’re receiving the best available rates, use one our FCA-approved brokers.

It’s also important for anyone who transfers money abroad to keep up with the latest currency and fintech developments. You can do this by frequently checking out our blog.