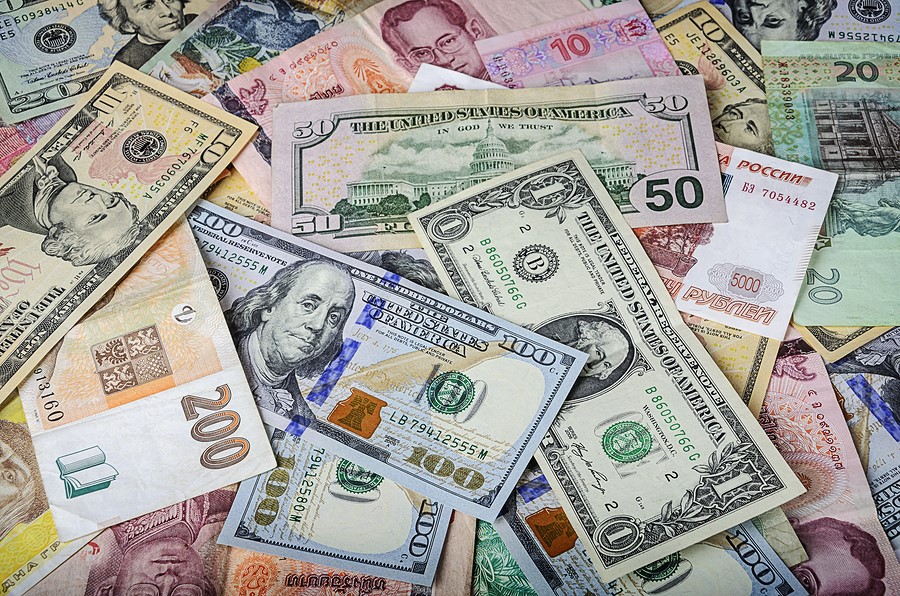 The pound experienced another tough day in the markets yesterday, falling to a low of 1.2412 against the dollar – this time, consumer credit was to blame.

British consumers spent less than expected in December – mimicking a trend that has also been felt across Europe; it seems that shoppers got their Christmas shopping done in October and November, and the expected December bump in high street sales never materialised.

The Bank of England had expected the consumer credit supply to grow to £1.7bn, or at least that was what analysts had forecast; however the actual figure was a far smaller £1.039bn.

This suggests that UK consumers are less keen on credit than they once were – hardly surprising having been buffeted first by the global financial collapse, which led to austerity, and then Brexit.

If consumer spending continues to slow, then so will the economy, but it is not all bad news; a recent YouGov/Cebr Consumer Confidence Index recorded its biggest increase since August, to hit its highest level since last September.

Consumers spending more to revive the economy is an idea that many observers are sceptical about anyway, pointing out that more household debt is by no means a good thing, particularly as the ratio of unsecured debt to disposable income has also recently widened.

It seems consumers aren’t listening to the so-called experts however – we may not be spending our way out of trouble, but neither are we battening down the hatches with Brexit on the horizon – in fact, consumers and households are displaying a commendably level-headed approach.

Looking to make a large transfer abroad, for a property purchase, to pay tuition fees, perhaps, or to make regular, structured payments? You can find all the best up to date rates plus a series of guides to help you make the right decisions and save money on your overseas tranfers!

The Euro is a strong currency at the present moment, ironically, because it is undervalued.

President Trump’s economic advisors have been at pains to point out that Germany, for example, is taking advantage of a “grossly undervalued” Euro, which “gives it a competitive advantage over its main partners.”

The better-than-expected Eurozone data has helped inflate the value of the Euro, however, which in the long run might damage European exports, pushing Germany, for example to make more global investments, which could in turn push the Euro still higher.

Eurozone inflation has risen to 1.8%, ahead of analysts’ forecasts, and edging closer to the figure of 2% that the European Central Bank has targeted.

Going forward, however, higher inflation is unlikely to derail the ECB’s current moderate monetary policy stance, which is all about “wait and see”.

A lot depends on the price of oil, but core inflation, which has not changed year on year and remains around 0.9%, is not expected to climb nor decrease by much.

Euro GDP has risen above 1.8% beating forecasts, suggesting a European recovery is in full swing, and unemployment rates are also falling.

This may make things tough for UK citizens in the short term, with exchange rates hard on the pound, but in the long run, a healthy Eurozone, even one with Britain not part of it, is to be strongly hoped for.

Check out the latest rates for sending money abroad using our widget!

Ho Chi Min City in Vietnam reported more than $5 billion in incoming remittances last year, according to the deputy director of the Central Bank’s branch there, Nguyen Hoang Minh; 58% of the country’s total.

More than $700m in dollars was sent to the city in December alone, mainly from the US and Europe, and invested mostly into business and production, with roughly one fifth invested into real estate.

Perhaps it’s no surprise, then, that money transfer services like Western Union and a host of banks: Nam A Bank, PG Bank, SHB and Maritime bank, for example, are launching schemes to incentivise customers to use their services more.

Bonus cash payments of up to VND 100,000 and gifts will be offered to customers using Western Union to make transfers at branches of SBC bank, and the Bank for Investment and Development of Vietnam, will give VND 30,000 to customers receiving cash, provided it is above $200 dollars, via Western Union.

Recipients of money transfers in Vietnam are not required to pay any fees or income, hence the growing popularity of remittances.

That said, in a country like the UK, however, where there are so many competing services, Western Union is amongst the most expensive, and unpopular ways to send money abroad.

To find the best rates when you are thinking of sending money from the UK, whether it’s through Fintech “challengers” like Transferwise, or dedicated brokerages that are constantly looking out for the best rates, and charge much less per transaction than a Western Union or Moneygram, try using the Money Cloud Widget to determine what your best options are.