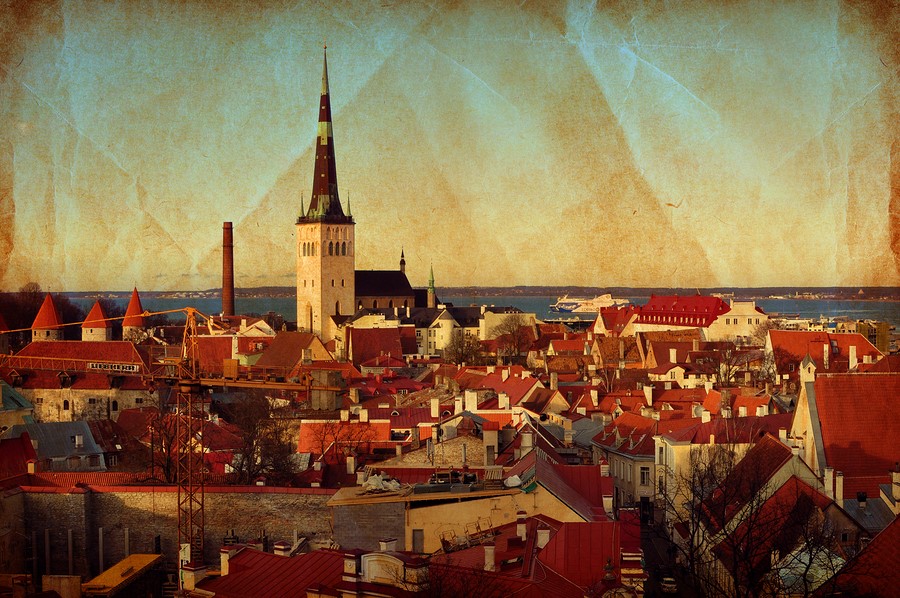 Now that the Lords have reluctantly approved the Brexit bill, it seems there is no stopping Theresa and her “Hard Brexit”.

Whilst there has been much debate this week about whether her refusal to reassure the 3 million plus EU nationals currently residing in the UK that their long-term futures are secure (the Lords asked her – she said “no deal”) gives her the bargaining chip she needs when negotiating the terms of the “divorce”, it also puts the futures of 1.3 million Brits living abroad in jeopardy.

If the thought of running your Fintech challenger, digital startup or indeed, any other kind of business in a post-Brexit Britain is just too horrific, there are plenty of places in Europe that will welcome you with open arms – provided your Europhile credentials check out, of course.

Here are 5 recommendations below – feel free to share yours with us – and of course, when it comes to arranging moving money abroad, we will be more than happy to help.

Lisbon – ex-special advisor David Cameron on tech, turned serial entrepreneur Rohan Silva has already blazed a trail to this tech-friendly city, opening a version of his Brick Lane based incubator Second Home in the city.

Lisbon is also the new host of Web Summit, one of the biggest events in the startup calendar, having relocated from Dublin 2 years ago.

Besides year-round sunshine, beautiful beaches and a laid-back way of life, Lisbon is now almost fully recovered from the effects of the Financial crash of 2008, which hit Portugal harder than most.

The city attracts a young, tech friendly crowd and has drawn comparisons with Silicon Valley – they even have similar bridges.

The cost of living in Lisbon, however, is a sight cheaper than San Francisco, and in terms of starting a business there, Portugal ranked number 31 on the World Bank’s doing business report in 2014. The government are taking steps to make the bureaucracy less onerous – but to set up there you currently require a residency card as well as social security and tax numbers.

Aside from that, ex-pats are likely to find that Portugal does not differ too much from the UK in terms of its business regulations, whilst local talent is likely to be cheaper and easier to hire.

Berlin – Its well known that Berlin has been casting envious glances at the European talent starting businesses in London, and has even launched guerrilla campaigns aimed at attracting that same talent to Germany.

But there is much to be admired about Berlin, not least the startup culture – it’s often said that Germans build their businesses in Berlin, before moving them to Frankfurt or Munich when they start to make the big money!

As you might expect, there are plenty of regulations relating to setting up a business in Germany, some of which can be viewed in this document from IHK Berlin, but for all that Berlin is a city that thrives on the entrepreneurial spirit with excellent facilities for founders such as co-working spaces, events and a can-do culture that is big on the arts.

Berlin is many entrepreneurs’ first choice when contemplating relocating abroad, and rightly so. Its affordable, home to “start-up factory” Rocket Internet and plenty of venture capital investors, although it can be intense and results driven.

One drawback, according to this Virgin article, are the cities airports!

Stockholm – the Nordics are well known for providing exceptional business environments and churning our successful startup business, and Stockholm, the largest city in Scandinavia, is no exception.

Home to both Skype and Spotify, Stockholm has a thriving entrepreneurial scene and plenty of expats are already enjoying some of the benefits it has to offer.

Again, setting up a company in Stockholm is not so very different from doing so in the UK – and can be done in as little as three weeks. You do not even have to have a work permit to be self-employed in Sweden, even as a non-EU citizen – although you will be expected to submit a detailed business plan.

After being initially granted a one year permit, you can renew after one year provided things have “gone to plan”, and after that you are eligible for a permanent residence permit. More detail can be found in this guide.

Incredibly, despite representing just 2% of the world’s GDP, the Nordic regions have provided more than 10% of its billion-dollar tech exits – there must be something in the water.

Taxes are high across the entire Nordic region, but this helps to contribute towards an inclusive. together culture, and a well-educated society as schools and universities are free. Plus, there are few better places to be than Stockholm in Summer – after a few years there, the chances are you will own your own boat! Find out more here

Madrid – Madrid is a huge city on a par with London, and it is the most important in Spain in terms of business, banking, and most other industries you can think of.

Imposing and fast-moving, Madrid may not be everyone’s idea of a friendly start-up environment, but recently a startup eco-system has begun to emerge, thanks to likes of co-working spaces like ImpactHub Madrid.

In terms of tech, Madrid only ranks 14th on the European Digital City Index, behind Barcelona and way behind London in first place, but that said, access to high speed broadband is likely to be more easily found than in London.

Unemployment in Spain is high, but there is plenty of talent in Madrid, who will work for lower wages than in London, and quite possibly work harder for their employer, knowing that their options are more limited than elsewhere in Europe.

Last year, e-Bay acquired Bilbao and Madrid based Ticketbis for $165m dollars, a big win for the city’s entrepreneurial reputation and boost for its startup ecosystem.

The minimum capital requirement to start a business in Spain is EUR 3,000, and there are a few hurdles to negotiate before you can officially launch, but Madrid will certainly give you a fresh perspective, and offer a  different way of working, to London, whilst in many ways, reminding you very much of home.

Flights between Madrid and the UK are also very reasonable – if further inspiration is needed, try reading this first-hand account of one entrepreneurs’ journey.

Talinn – we bet you weren’t expecting this recommendation! Talinn is popular with ex-pats, English is widely spoken, and Estonia has a seriously entrepreneurial culture. Just ask the founders of TransferWise – 2 of Estonia’s most famous, and celebrated countrymen.

There are plenty of networking opportunities for overseas entrepreneurs and access to developers – plus Estonia now offers something called e-residency.

What this means is that foreign businesses can open an online business in the Estonian domain, with applications processed, its rumoured, in a little over 18 minutes.

This will grant you access to an ID card, used with 2-step authentication, which give foreigner’s access to Estonian services, such as banking company management, access to online services and the ability to run your online business in a startup friendly online environment.

It’s revolutionary, and comes with all sorts of added benefits that can be applied both inside and outside the country.

Whilst Talinn might struggle to compete for international talent, and many of its entrepreneurs have had to travel abroad to grow their companies, Tallin’s growing reputation as a tech hub and infrastructure may well start to end the brain drain, and pull in ex-pats too.