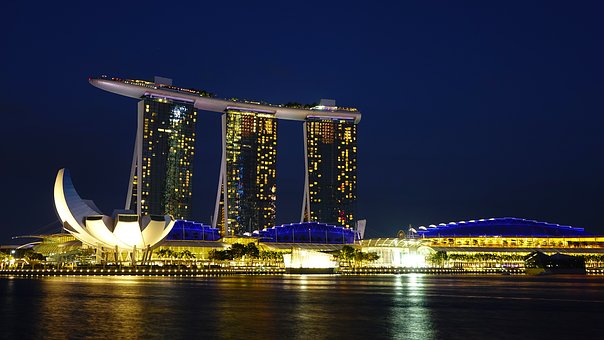 The Monetary Authority of Singapore (MAS) have secured a coup by persuading TransferWise, the peer-to-peer money transfer service headquartered in London, to choose the city as its new hub for the Asia Pacific region.

In a statement, Taavet Hinrickus, the Estonian co-founder of TransferWise, commented “MAS have demonstrated their commitment to making Singapore a place where fintech companies can flourish and we’re excited to be a part of that.”

The company said that they will use Singapore as a gateway into Asia Pacific, and will also open offices in Sydney, Australia, and Tokyo, Japan.

TransferWise hope to have 30 employees based in Singapore before the end of the year, where they will also be launching their online money transfer service there.

The fintech firm will be entering a crowded market, with the likes of VC backed services Instarem and MatchMove Pay also trying to shake up the money transfer sector in the city, and across the APAC region.

“The question is, what are we going to see in three years or five years?”, Hinrickus says. “Ten percent of people who transfer money from the U.K. use TransferWise. Hopefully we can have 10 percent in Singapore.

Singapore is widely recognised as a global fintech hub; it was recently placed joint first, alongside London, in a global study of fintech influence completed by consultancy firm Deloitte, and attracted $86m of investment from VC firms during 2016.

TransferWise, which now services more than 750 routes for money transfer, and whose customers make more than $1.75 billion worth of transactions every month, has opted to work with DBS Bank as its APAC partner.

The company says that its service is between two to five times cheaper than using a retail bank or remittance service, as well as being one to three days faster for transaction times. This is due to the peer-to-peer matching service it provides, where users transact directly with other users, bypassing traditional banking fees.

The MAS has made TransferWise one of the first companies to receive its approval to conduct online verification services, which means that the company will not have to provide face-to-face checks, unlike most of its rival remittance services in Singapore.

In an effort the city even more attractive for fintech investment, the MAS is offering a number of grants and schemes aimed at encouraging fintech startups to set up businesses in Singapore. The ACE Startups grant pledges to match S$7 Singapore dollars to every S$3 raised by the startup, meaning a startup must raise only S$21,429 in order to receive a grant of S$50,000.

Another grant, TECS, evaluates proposals on technical and commercial merits, and funds the best applications. MAS has also committed S$225m over the next five years to fund fintech innovation centres, institution level projects, and industry-wide projects.