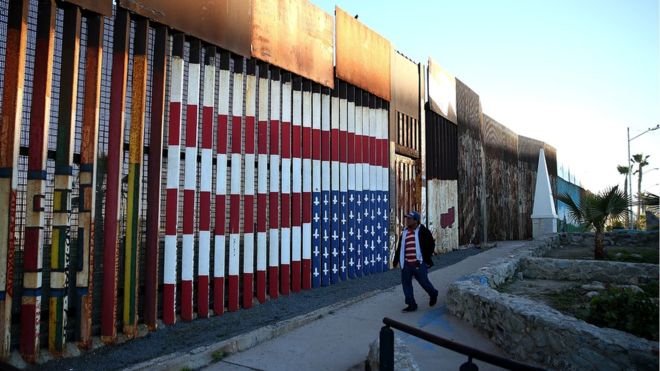 In what seems a bizarre, unprecedented and surely unpopular move, Alabama congressman Mike Rogers announced on April 21st the introduction of a bill that will impose a 2% fee on all remittances made from the US to Latin American and Caribbean countries, in order to pay for the Mexico / US border wall promised by President Donald Trump.

The Border Wall Funding Act, or HR 1813, to give it its official title, has now been referred to the Subcommittee on Crime, Terrorism, and Homeland Security.

Remittances to Latin America, and especially to the Caribbean, have been on the rise – growing faster than any other regions, according to World Bank data from 2015.

According to News Americas Now, in the Caribbean, the Dominican Republic is the runaway leader when it comes to remittance flows, attracting $5.1bn dollars in 2015. Data shows that there are nearly 700,000 expatriates from DR currently residing in the US.

In fact, the official terms of the bill apply to any nation “south of the US border”; in a press release, Rogers commented:

“This bill is simple – anyone who sends their money to countries that benefit from our porous borders and illegal immigration should be responsible for providing some of the funds needed to complete the wall.”

Rogers also suggested that in 2014 Mexico received more than $24 billion in remittances from the US, “while other South and Central American countries received over 15% of their GDPs in the form of remittances.”

According to Politifact, however, there are no countries in South America that receive “anywhere near 15% of GDP”.

Perceived as an attack on people living illegally in the US and sending money home to their families in their country of origin, the levy would also unfairly penalise those living legally in the US, as well as poor countries, such as Haiti for example, whose economies and infrastructure are heavily reliant on remittance flows.

Whilst we don’t tend to comment on political matters, this bill seems premature and not based on the facts – remittances are part and parcel of the way that the modern labour market works, and although we have to be watchful that the money transfer market does not fall subject to abuse, the vast majority of users are law abiding citizens benefitting from the disruption of services which is making it easier and cheaper to send money abroad than ever before.